We supported the cultural centre in Dnipro

On the day the war broke out, we launched a public collection to help culture in Ukraine. By the end of April, we had collected 2,800 Euros, which we sent to the account of the Centre for Contemporary Culture in Dnipro, in accordance with the goal of the collection. According to the words of Andriy Palash, the director of the centre, these funds will last them for the next two months of operation.

The Culture Centre in Dnipro was founded in 2013 by young people from the Kultura Medialna organisation. Gradually, it became a full-fledged cultural centre, with 10 people working there - curators, cultural managers, producers... In 2019, as part of Trans Europe Halles, they joined the East Hub platform, and in April 2022, it was in Dnipro that the meeting of the platform members was to take place. It didn't.

The last exhibition project before the war was the travelling international exhibition Poetry&Performance, originally launched by the New Synagogue Žilina in 2018 under the direction of Tomáš Glanc and Daniel Grúň.

Since 24 February, the premises of the centre have been temporarily transformed into an improvised social centre for refugees from the bombed areas. The staff of the centre is trying to function in the current conditions, when bombs are already exploding in the Dnipro area. They care for refugee children, provide coworking spaces and salvage what they can. They report on their current activities here: https://dniproccc.org/CURRENT-ACTIVITIES

40 donors contributed a total of 2.800 EUR to the collection.
Thank you to everyone who contributed and a special thanks to A4 - a space of contemporary culture for the highest donation of 1,221 Euros. 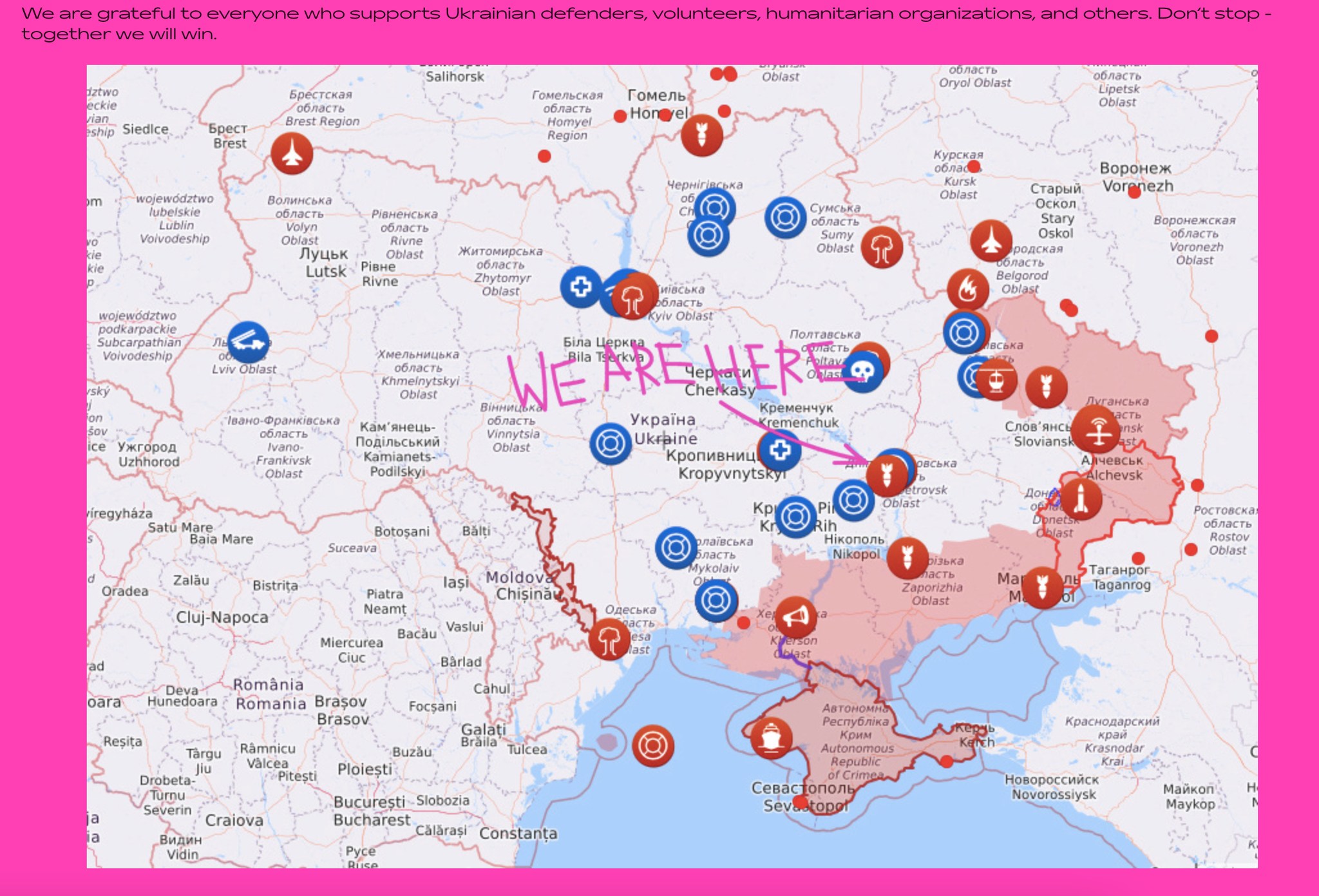