DECLARATION OF ANTENA – NETWORK FOR INDEPENDENT CULTURE ABOUT THE CURRENT SITUATION

Antena – network for independent culture, which unites 22 independent cultural centers and organizations across Slovakia, has decided to respond to the unacceptable measures and steps of Ms. Minister Ľubica Laššáková, which have resonated throughout the cultural community in the last few days.

The past ten years have been exceptionally good for Slovak culture, not least thanks to a sensible approach of the Ministry of Culture. With great dread, we have been following decisions, which have been executed by Ms. Minister Ľubica Laššáková and her employees during the last months. By decisions, we mean the nonconceptual and unprofessional approach as well as the direct threat to independent cultural activities and endangerment of the functioning of key national cultural institutions.

It is unimaginable that the Ministry of Culture of the Slovak Republic, which is responsible for financing, developing, and professionalizing art in Slovakia, should act without any context, analysis nor knowledge about the needs of independent and state-funded cultural institutions and individuals.

We find the following mistakes especially concerning and undemocratic:

- it is unacceptable that the minister of culture would ignore recommendations from a professional commission concerning grant schemes of the Ministry of Culture of the Slovak Republic and arbitrarily decide not to allocate finances based on their own preferences and authoritative decisions. Such practice does not have a place in a democratic society. Above else, we see the lack of support of the commission-approved LGBTQ projects as pure discrimination, fuelling aggressive moods dividing society concerning this specific group.

- we believe the new rules for Program 2 – Culture of disadvantaged groups for the year 2019 are discriminatory, normalizing and denying values of the European Union. Collaboration with international partners and experts, as well as participation in educational events or collecting entry fees for any prepared events, is key in the development, sustainability and professionalization of art and culture in Slovakia.

- lack of communication and indifferent attitude towards the creative centres project, regarding Kunsthalle Bratislava, as well as in other cities, where many people have worked on the project, into which a considerable number of resources and private capacities have been invested. Since 2015, an appeal as submission of applications in this matter has not been published. The change in management of the Ministry of Culture of the Slovak Republic in the year 2018 had not helped either.

- announcement of a special call in the field of traditional culture, which we understand as a populist step bordering on political marketing and a clear preference for one genre above the others, does not add to cultural diversity

- inability to draft a regional culture strategy and ignoring independent culture in relation to the strategy being developed. Independent cultural organizations and centres (members of Antena and others) often substitute the functions of state-funded institutions and “houses of culture”. They bring inhabitants of cities and villages diverse cultural programs and offer educational and community activities. Developing a regional strategy for culture without communicating with subjects in independent culture, who are working in the given region, is proof of incompetent preparation and speaks to the quality of the prepared document.

- election of members of the committee of the Slovak Arts Council was not transparent nor justified. As 4 years have passed since the first meeting of the Committee of the Slovak Arts Council, the election of 3 new members to the committee took place. Ms. Minister had received nominations by 29.3.2019. From the nominations, Ms. Minister nominated three members of the committee on 3.4.2019 from the fields of fine arts, music, and theatre dance. It is not known, however, which professional factors were considered in the decision making for filling these functions, which nominations were unsuccessful, and which organizations they were nominated by.

Hereby, we express our support for the initiative Stojíme pri kultúre (We Stand by Culture) and we ask Prime Minister Peter Pellegrini immediately to remove Ľubica Laššáková from the office of Minister of Culture in Slovakia before irreversible damage is made. Because what has been built over many years can be demolished in just a few months. 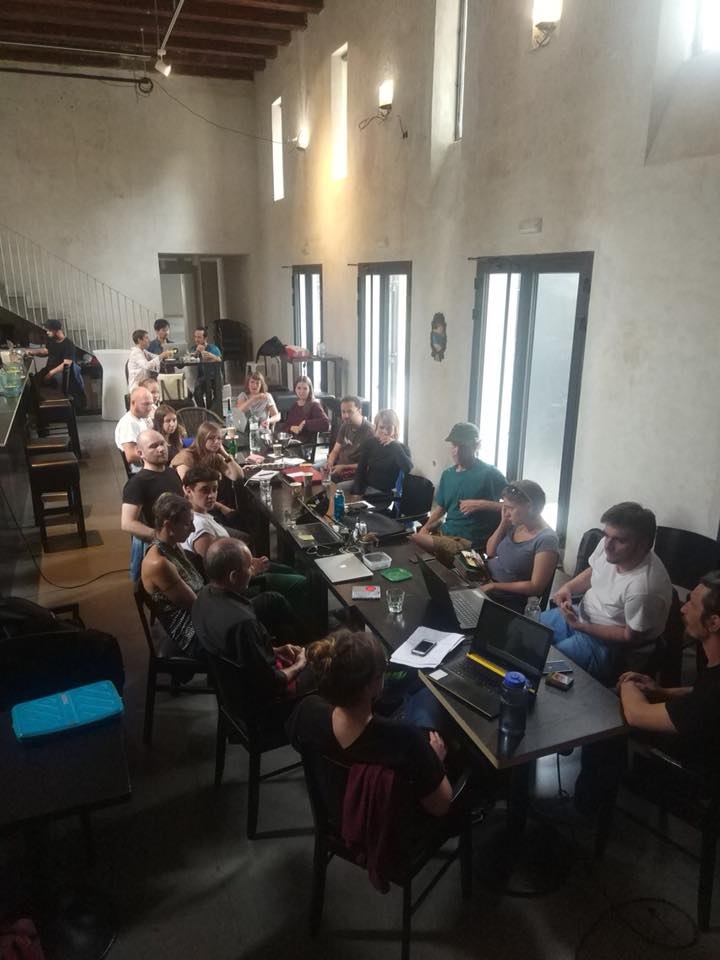